Hytra is a Michelin-starred restaurant on the sixth floor of the Onassis Cultural Centre, a cutting-edge space for contemporary arts in downtown Athens. To appeal to the young, culture-hungry audience, a new bar and bistro was recently introduced, with a simpler menu offering a modern update on classic Greek dishes. The brief called for a vibrant gathering place that feels welcoming to everyone. Hytra’s emphasis on fresh, locally sourced ingredients led us to reimagine the central bar as a wicker basket, traditionally used by Greek farmers during harvest. Woven from willow branches, the bar doubles as a dining counter, bringing people together to share food and ideas.

The restaurant comes to life after dark when performances take place. To emphasise the theatrical ambience, the wicker bar is back-lit, casting the room in a cosy glow. This subtle lighting effect echoes the building’s facade: a white shell encased in bands of white marble. At night, the illuminated building is revealed through the gaps. Like Hytra’s tagline, ‘bringing new ideas to the table’, the space encourages social interaction and creative experimentation. 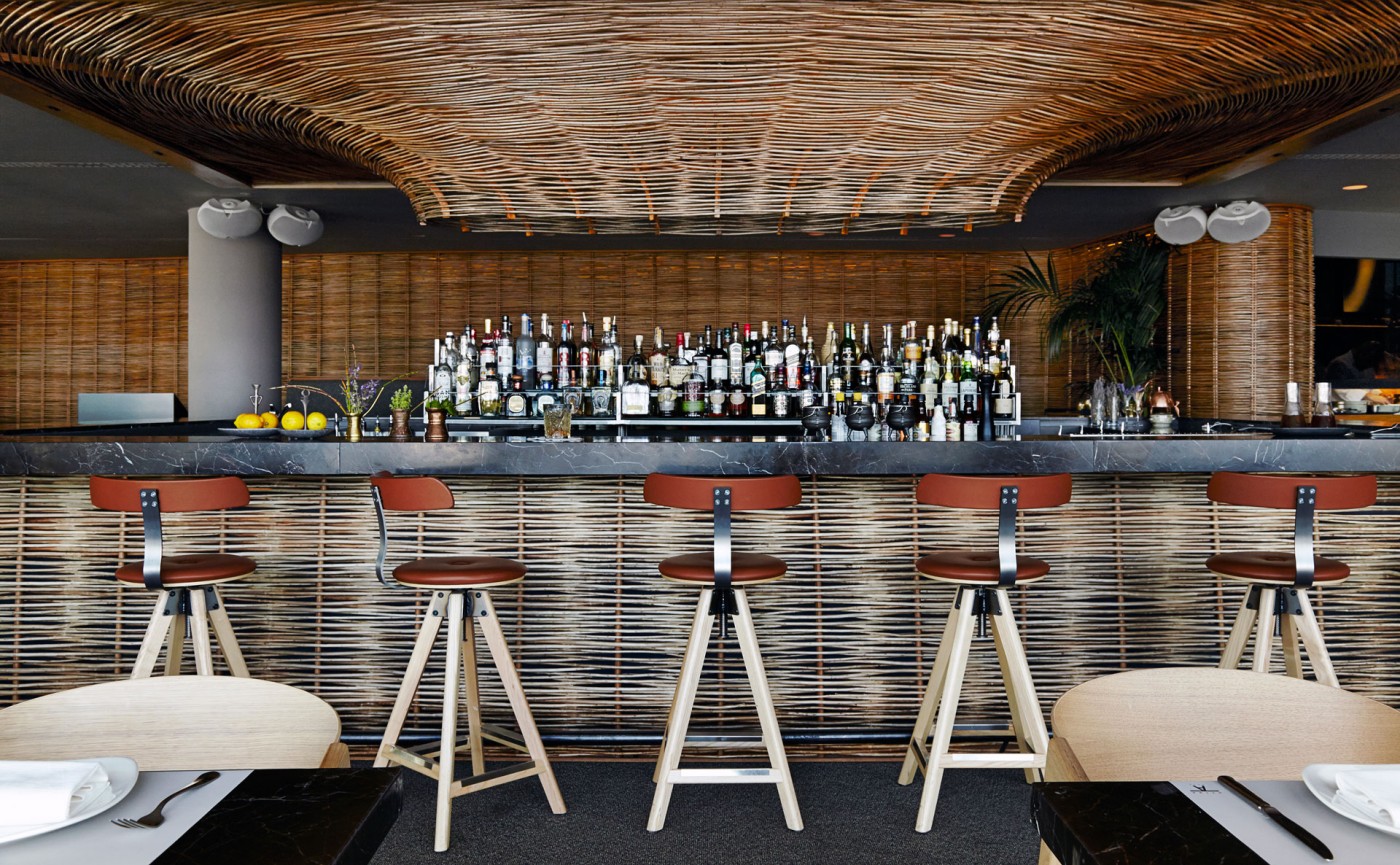 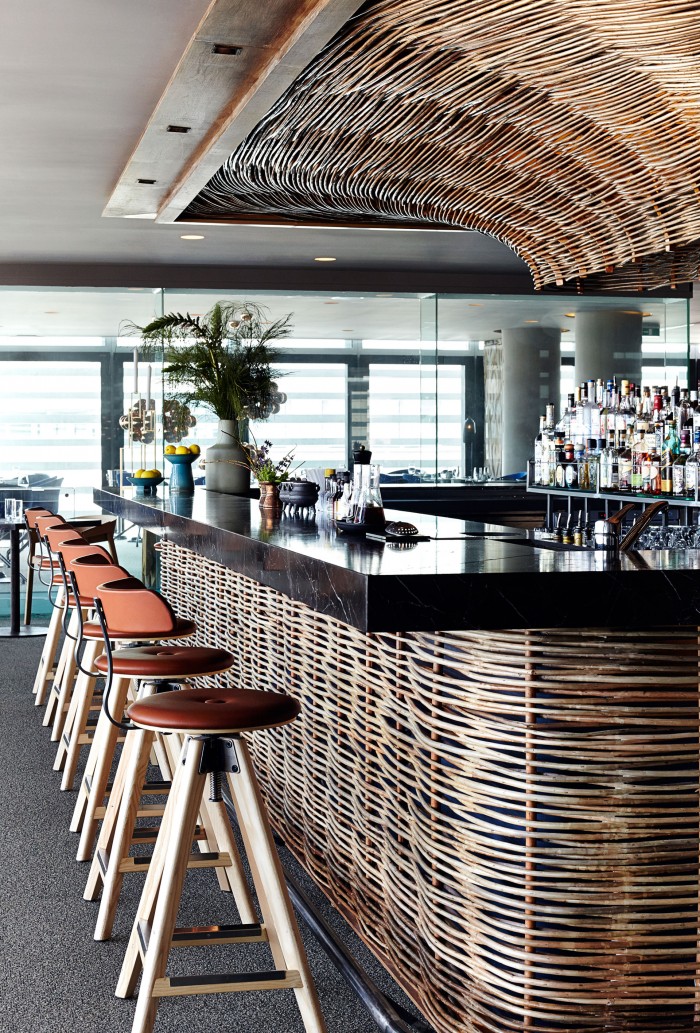 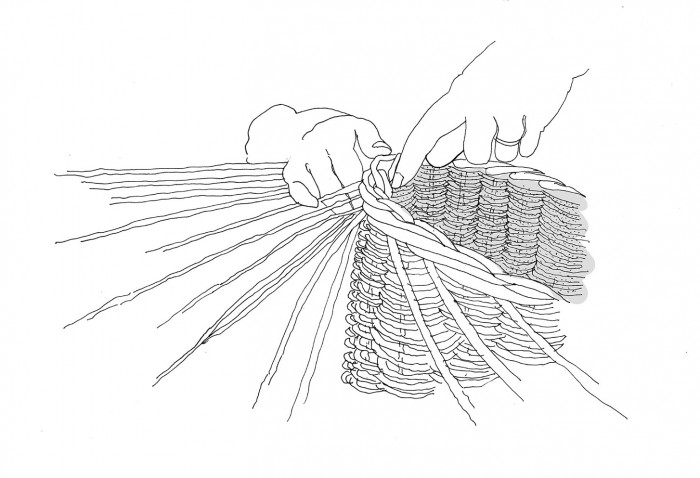