360° is a four-storey apartment building in the seaside city of Patras, an important commercial harbour connecting Greece to Italy. The structure of the city is linear: it stretches along the coast and gently climbs up the surrounding slopes, facing westwards. This theatrical setting is the essence of Patras; streets lined with polykatoikia apartment buildings mingle with bourgeois villas of 19th-century merchants, overlooking passing ferry boats and spectacular sunsets over the gulf.

Situated on the waterfront throughway, 360° is designed to enjoy panoramic views and is articulated as a system of linear features running through the length of the plot, parallel to the waterfront. Though a large structure compared to its surroundings, it is carefully integrated into the urban fabric and maintains visual continuity and contact with the sea. Raised on pilotis, the complex comprises 30 apartments, an underground car park and a rooftop belvedere. 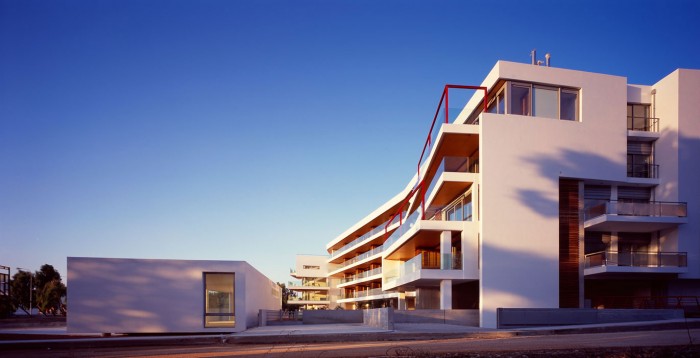 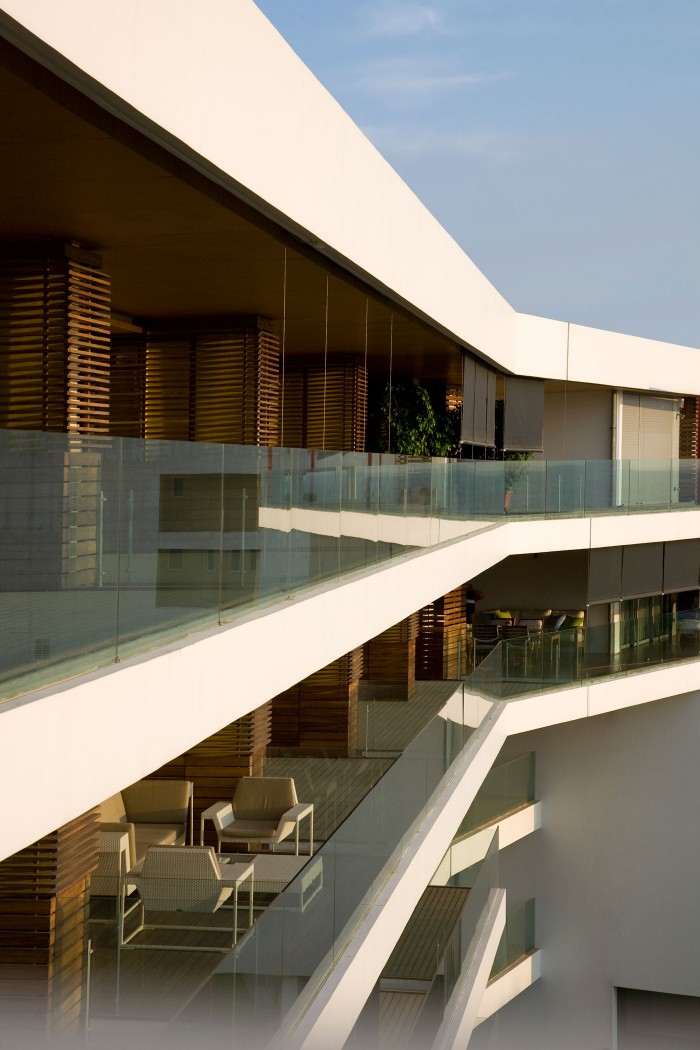 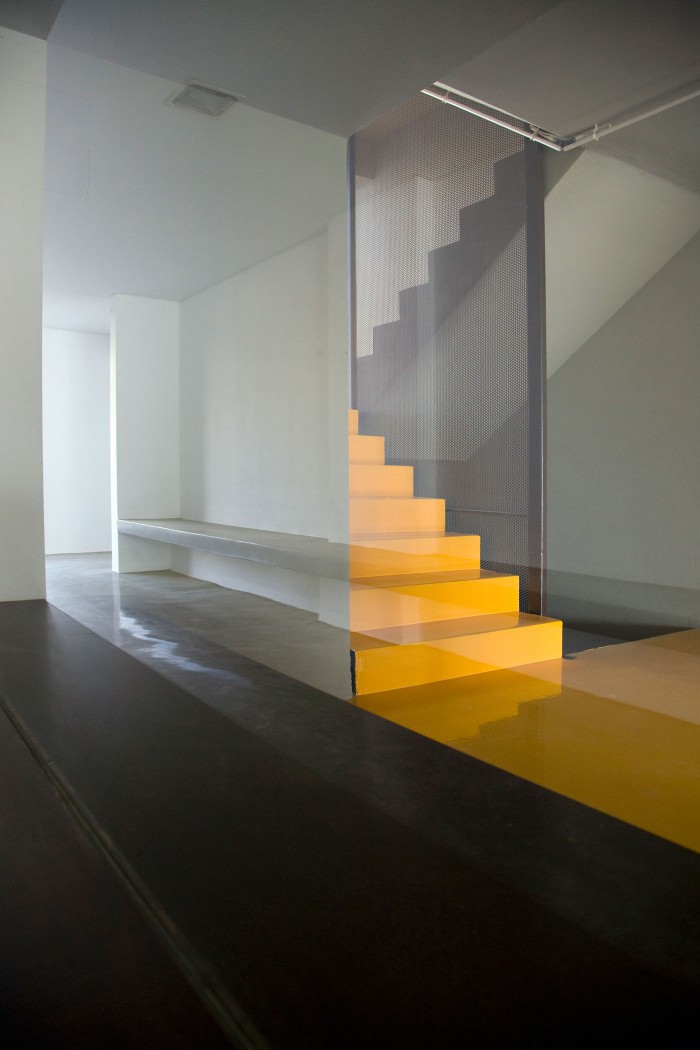 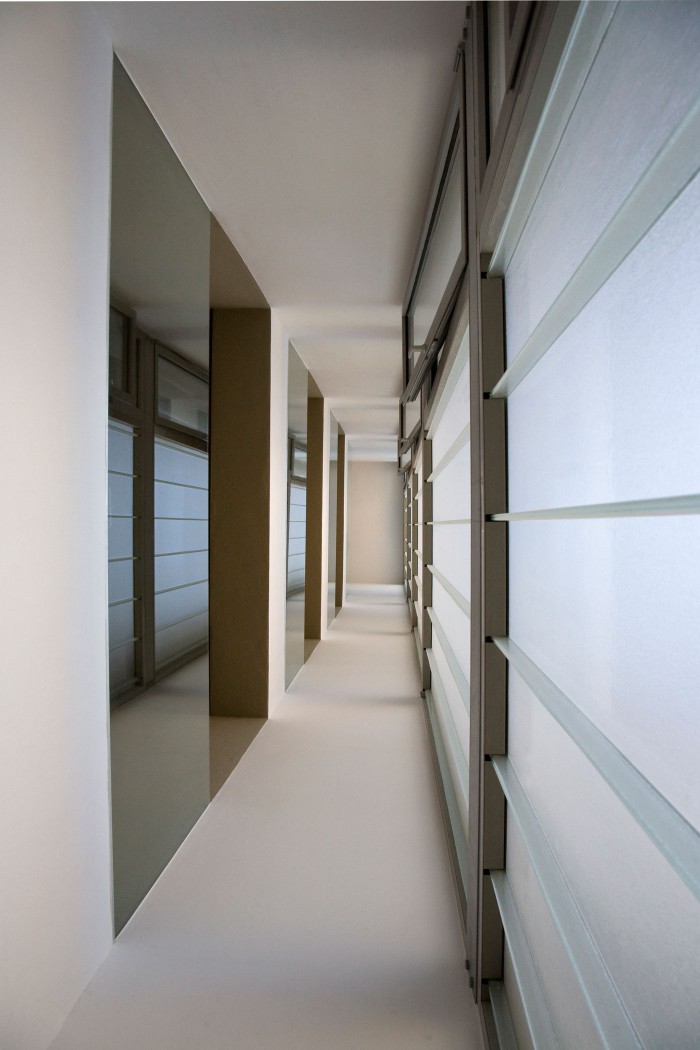 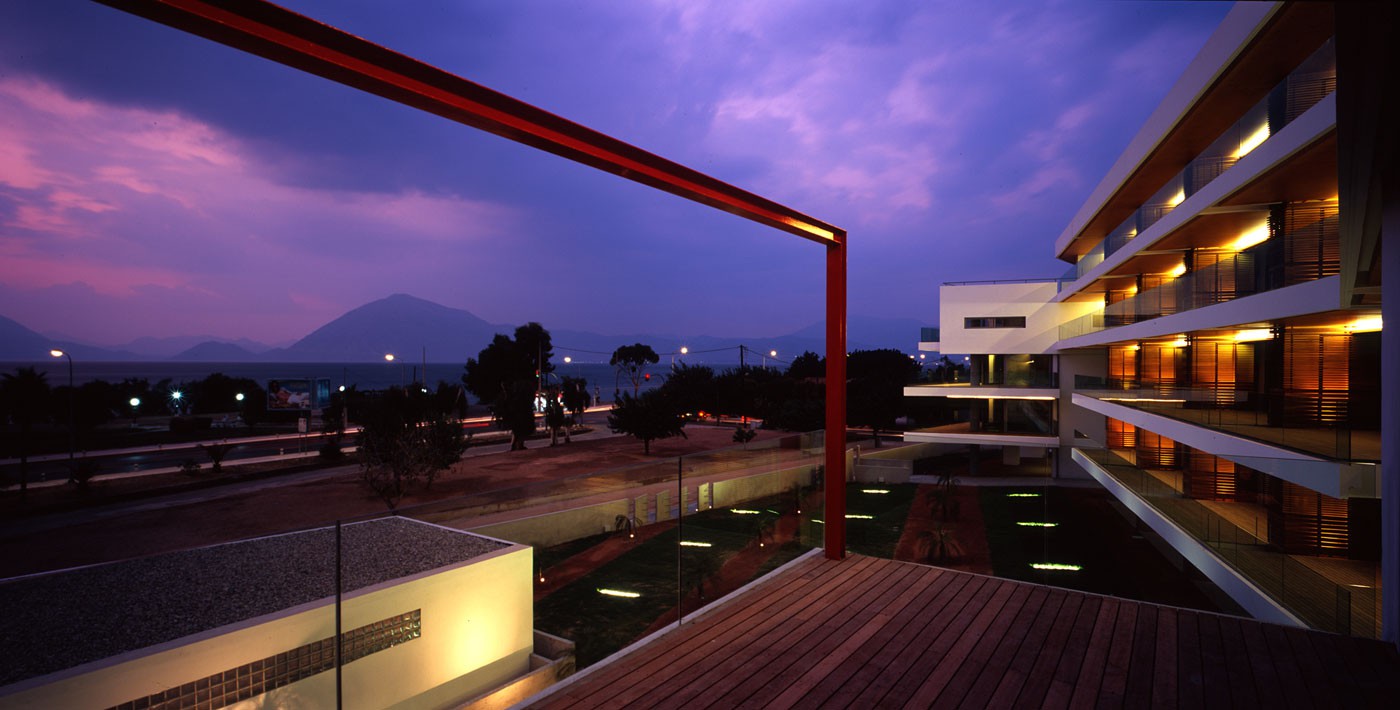 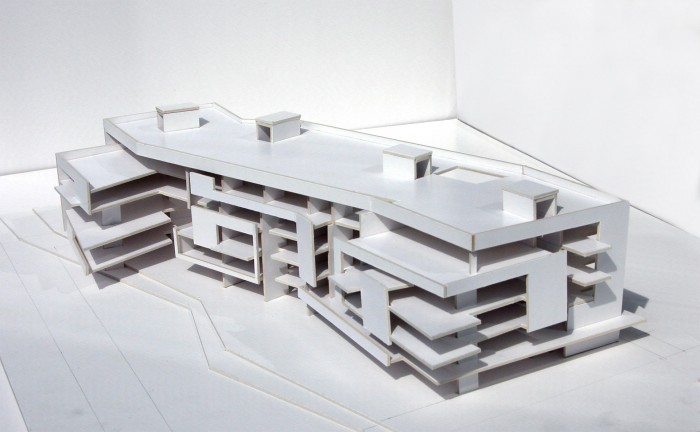