We were commissioned as the result of an invite-only competition whereby the brief called for specific goals. Firstly, the design needed to accommodate various functional requirements, such as rearranging the ticket counters and improving the flow of visitors. In the same spirit, the Onassis Cultural Centre wanted to transform the lobby into a living space that would remain inviting beyond the formal schedule of events. As well as this, the brief explicitly asked for a more urban, rough-cut and ‘crumpled’ image, responding to the perceived disconnect between the Onassis Cultural Centre’s audience and the overall feeling of the building. The aim was to reinvent the space so that it would become more open and interactive.

After exchanging ideas with the Onassis Cultural Centre, we came up with a design that transformed the lobby into a ‘shelter’ within the city. A series of bespoke installations wrap around the existing structural elements and spark a dynamic relationship between three key characteristics: the physical space, the digital experience, and a series of specially curated, satellite events. One installation showcases portfolios of young creatives, another one is a pop-up store, while a third one provides a casual meeting place. Rather than insisting on form and appearances, the joint approach was fundamentally programmatic. The design of these new installations was inspired by the distinct language of the existing facade. The linear pattern of the white marble louvers on the exterior is literally crumpled to form structures that wrap around the lobby’s existing elements. They are carefully choreographed in response to the building and the flow of visitors, creating space by providing an enclosure. At the same time, these installations open up channels, designate meeting places, and accommodate the functional elements, which include ticket booths, information points, signage, video walls, and so on.

The choice of dark-coated steel plates for the installations is consistent with the clients’ desire for informality and urban edginess. The natural rust and blemishes counterbalance the shine of the white marble and reflective glass that dominate the building, making the whole space more inviting and less ‘untouchable’. Seemingly simple, the wrap-around, prismatic volumes required fine detailing that would match the quality of the furniture.

The project demanded precise construction management, as everything needed to be prefabricated and mounted on site, without disrupting the operation of the lobby. To achieve this result, we applied a combination of sophisticated 3D-simulation software and hands-on architectural tools, such as a huge lifesize model, where many alternatives were tested and revised until the optimal result was achieved.

The Onassis Cultural Centre is now able to shelter informal, unexpected activities in an accommodating environment that will continue to spark new ideas.

Both the Onassis Cultural Centre and the audience embraced the new lobby to such an extent that the client decided to extend this transformation to the rest of the building. Both the programmatic interventions and the original visual language that emerged in response to the client’s particular requirements will radically change the Onassis Cultural Centre in the coming years. 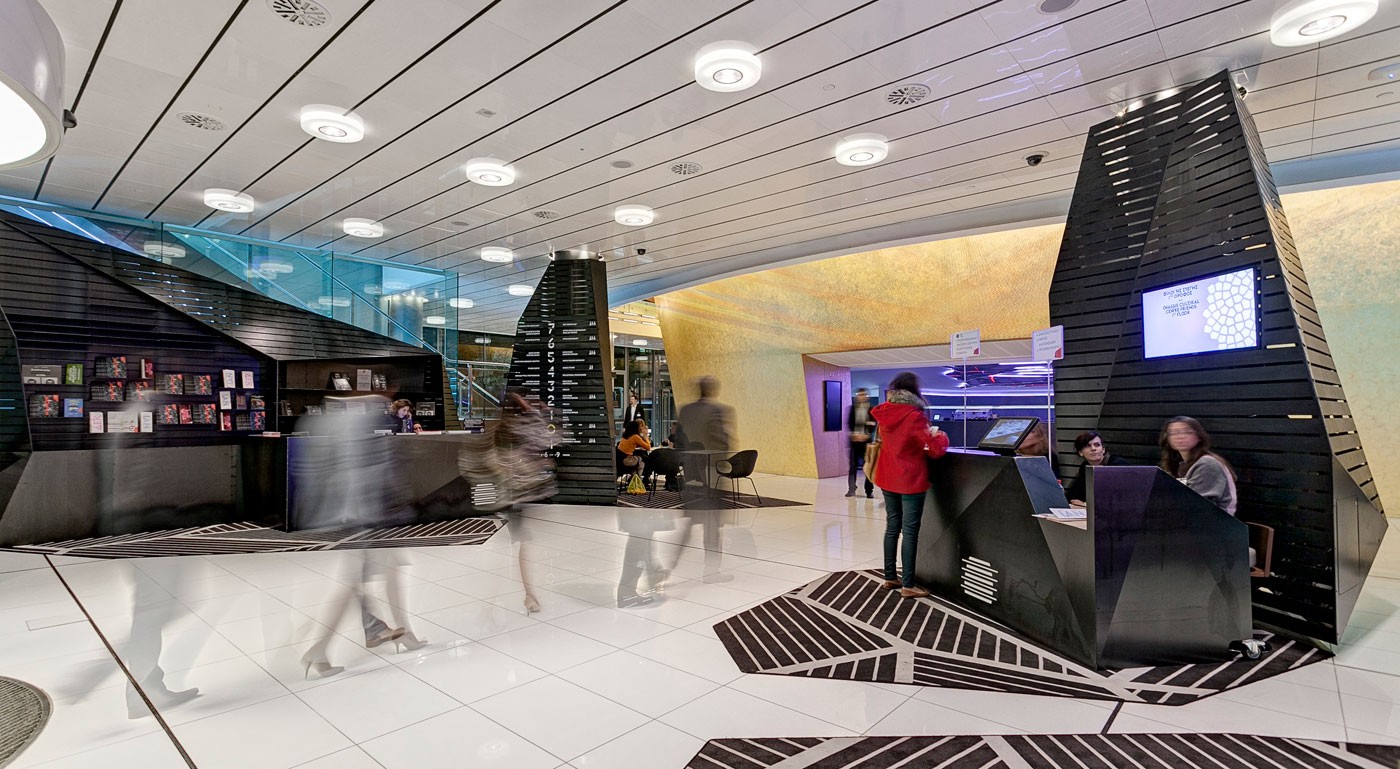 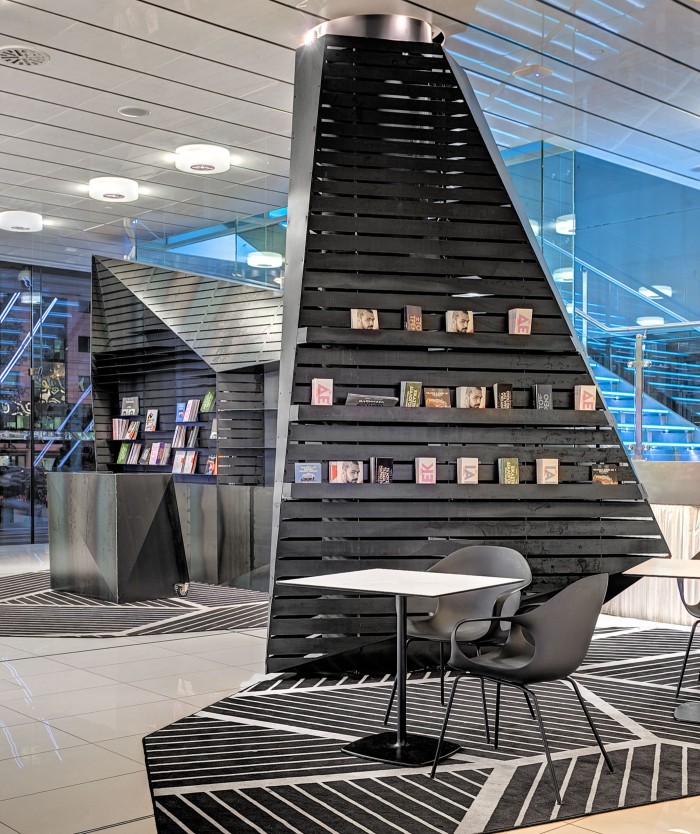 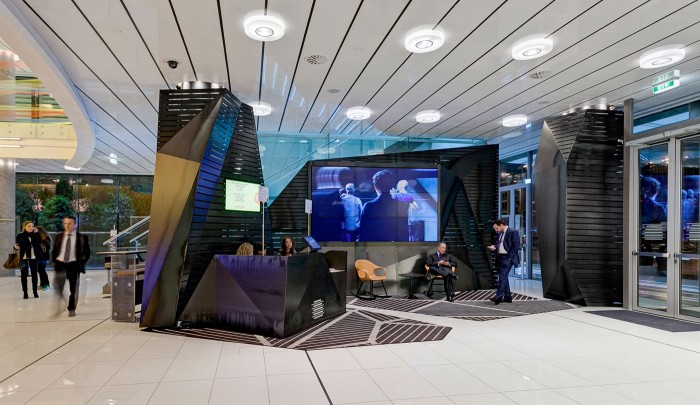 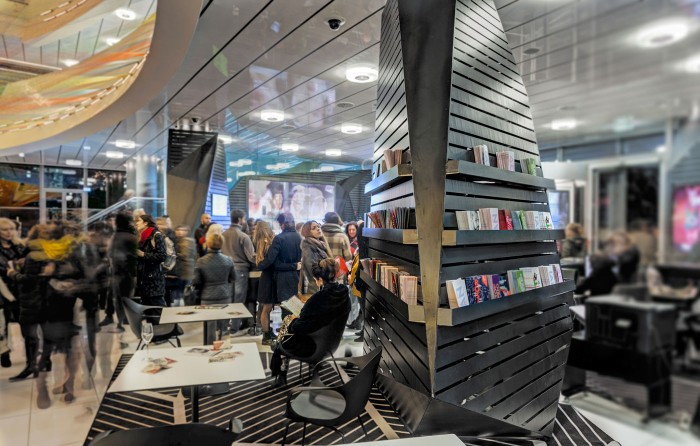 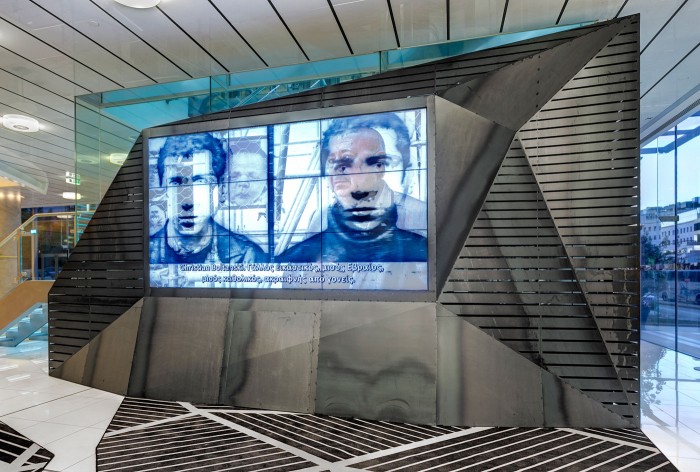 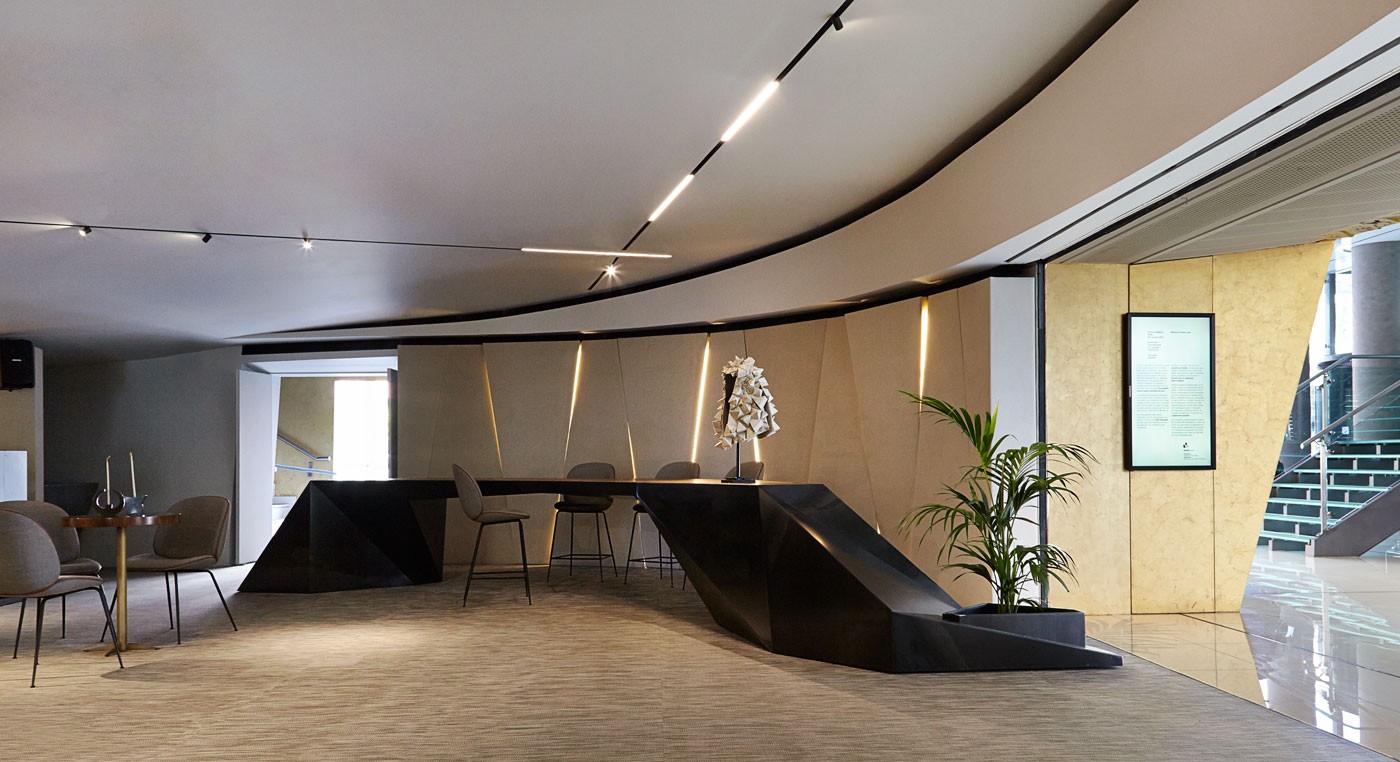 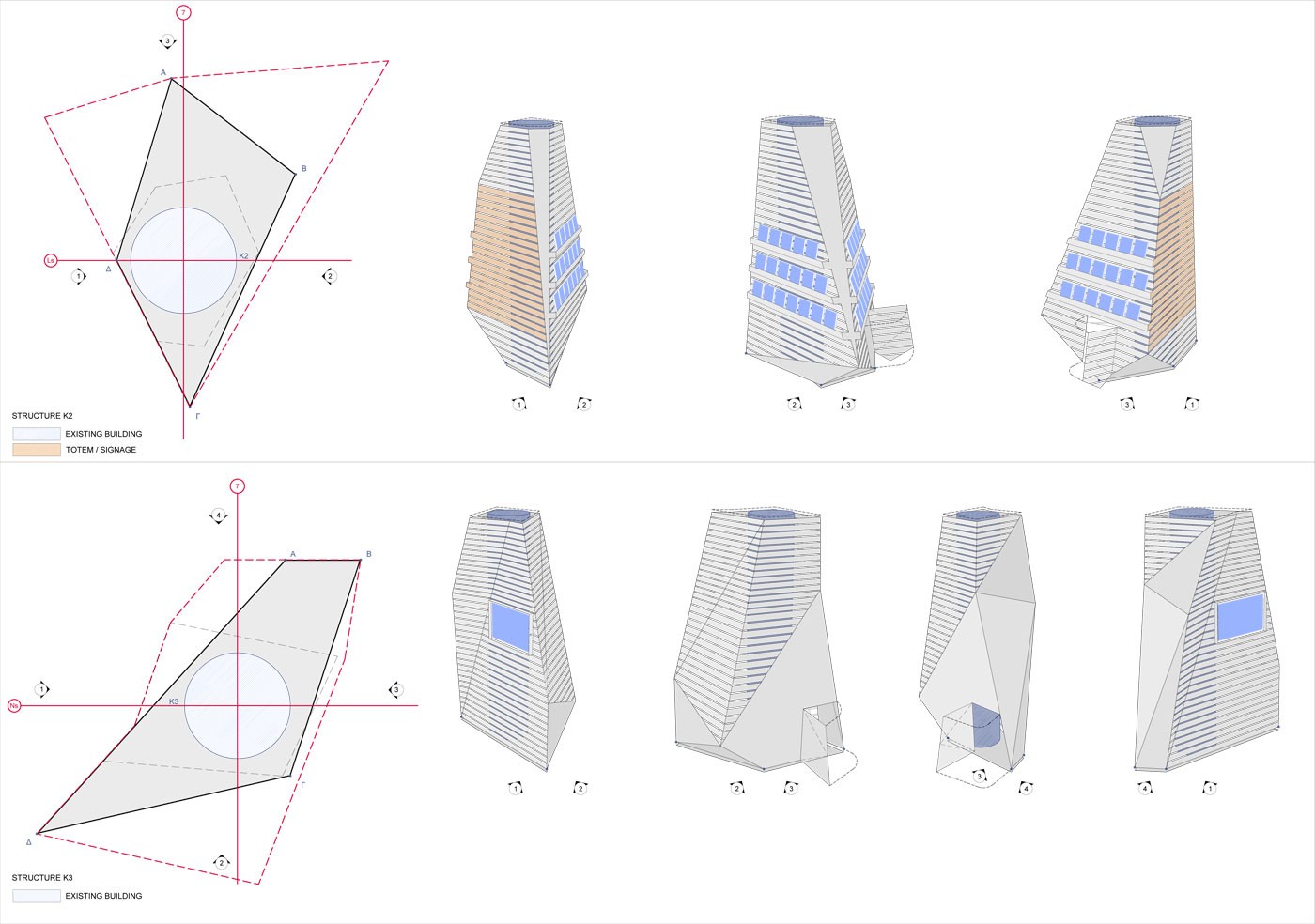