Thessaloniki’s first big-scale sustainable commercial scheme is about to proceed to construction. With 15,600sqm (Gross Building Area) of new build scheme, the offices will create a workplace of the highest quality, with class-leading sustainability targeting LEED Gold.

Ingrained in the historical industrial hub of Thessaloniki on the west side of the city, the scheme occupies an L-shaped plot on 26is Oktovriou Street, opposite the listed Fix brewery. The area is highly connected to the industrial heritage of the city. The scheme intends to provide a range of workplace environments that support different ways of working and to become a catalyst for the regeneration of the area. The buildings of the scheme are positioned on the plot with exposed façades to the main street to maximize the views to the sea and, establish a dynamic commercial address on 26is Oktovriou Street. Each building has access to the lush central piazza which connects the different elements of the plot.

Designed to complement its historical surroundings, the scheme derives inspiration from the unique city of Thessaloniki, through three main aspects: the city as a palimpsest, the memory of the industrial era and, the unique fading out of the city during the physical phenomenon of the mist. Inspired by the monolithic-robust form of Fix and the geometry of its silos, the buildings’ ground floor is sculpted to create a colonnade, treated as an arcade that welcomes guests to the scheme. The upper volume, subdivided into horizontal layers revisits the continuous history of the city, famously build as a palimpsest, in which a collection of strata superimposes on top of each other. Clad in bespoke clay bricks, with hues that desaturate from the bottom upward, are placed in a three-dimensional pattern that becomes less apparent towards the top floor. This graduating change in the layers references a poetic interpretation of a city that appears to be fading out during the mist. 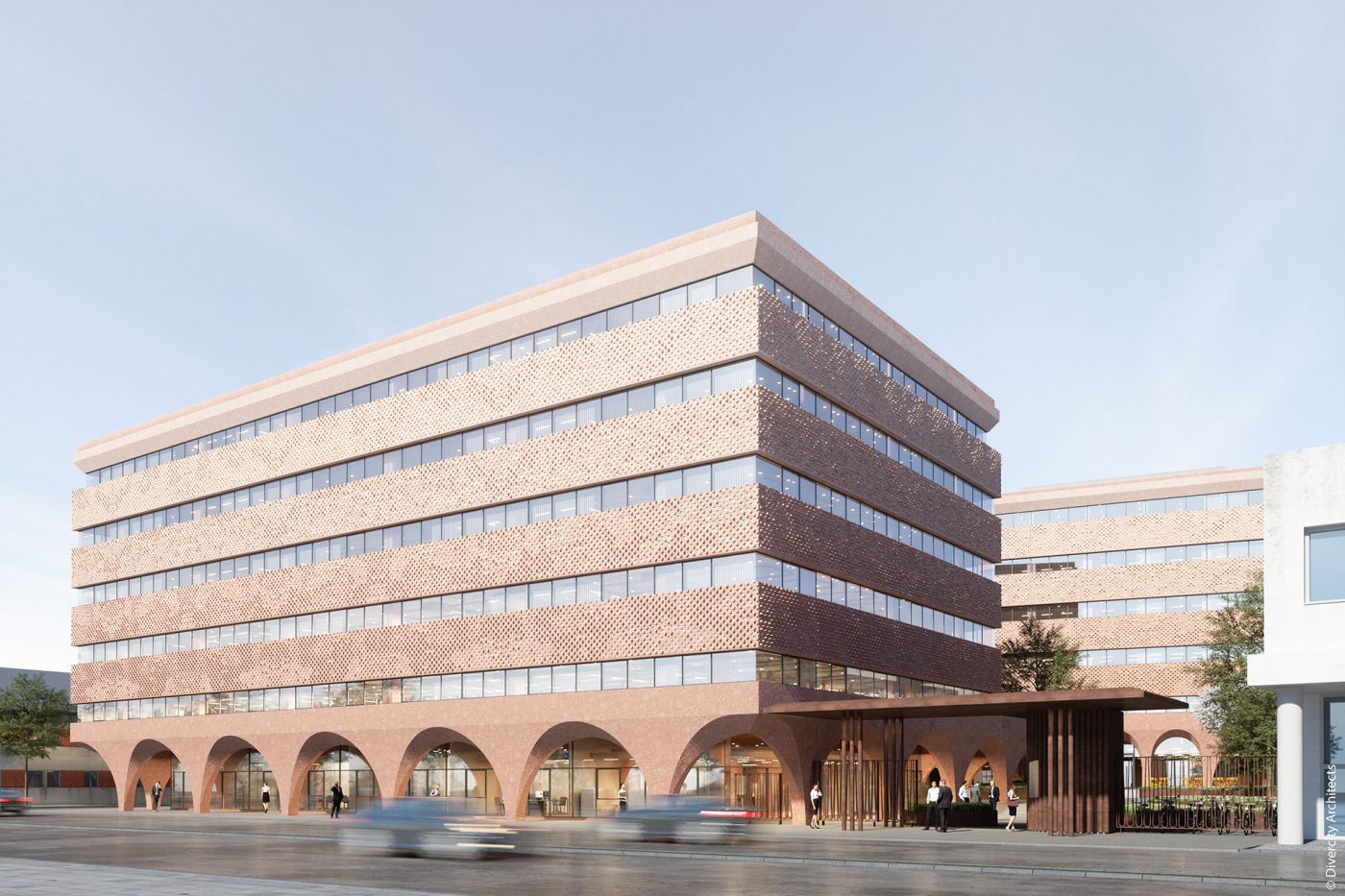 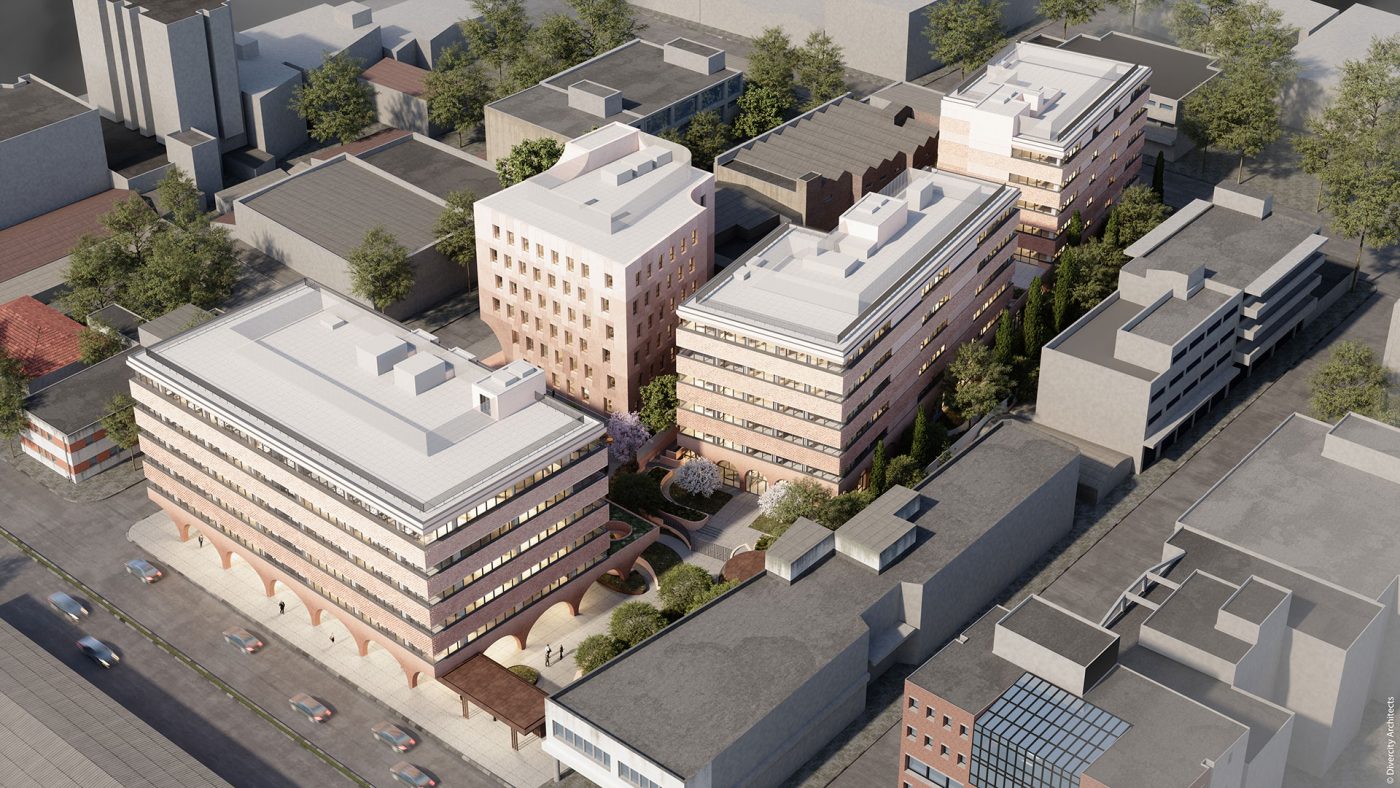 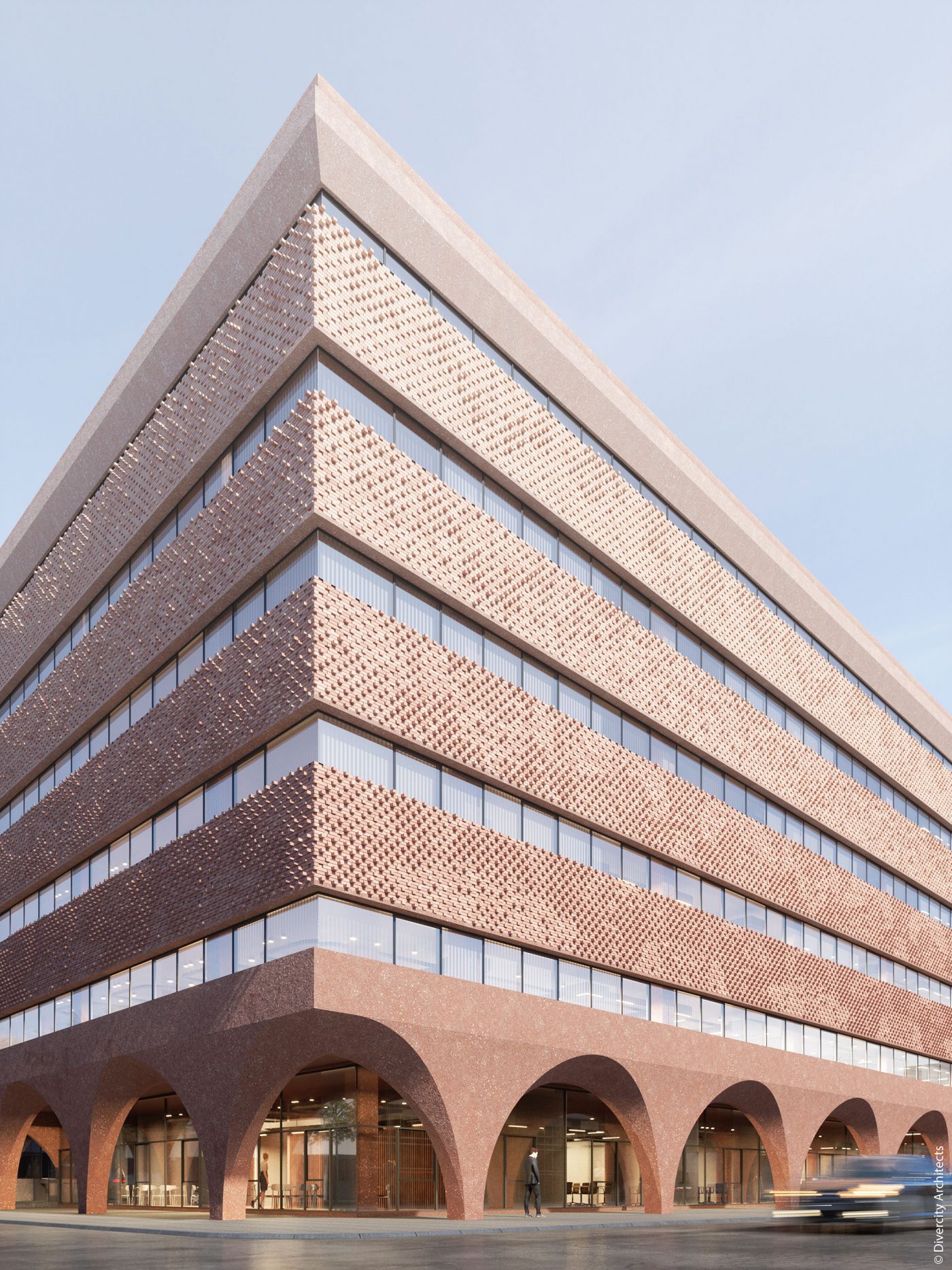 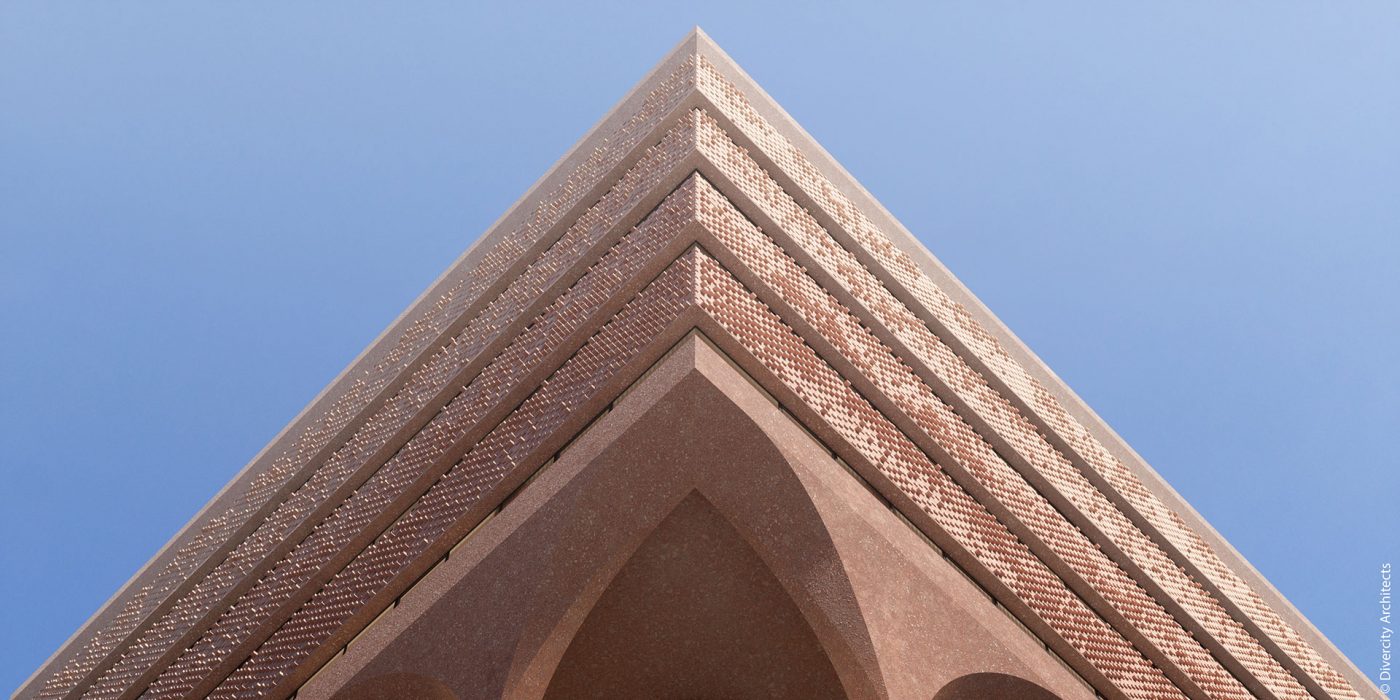 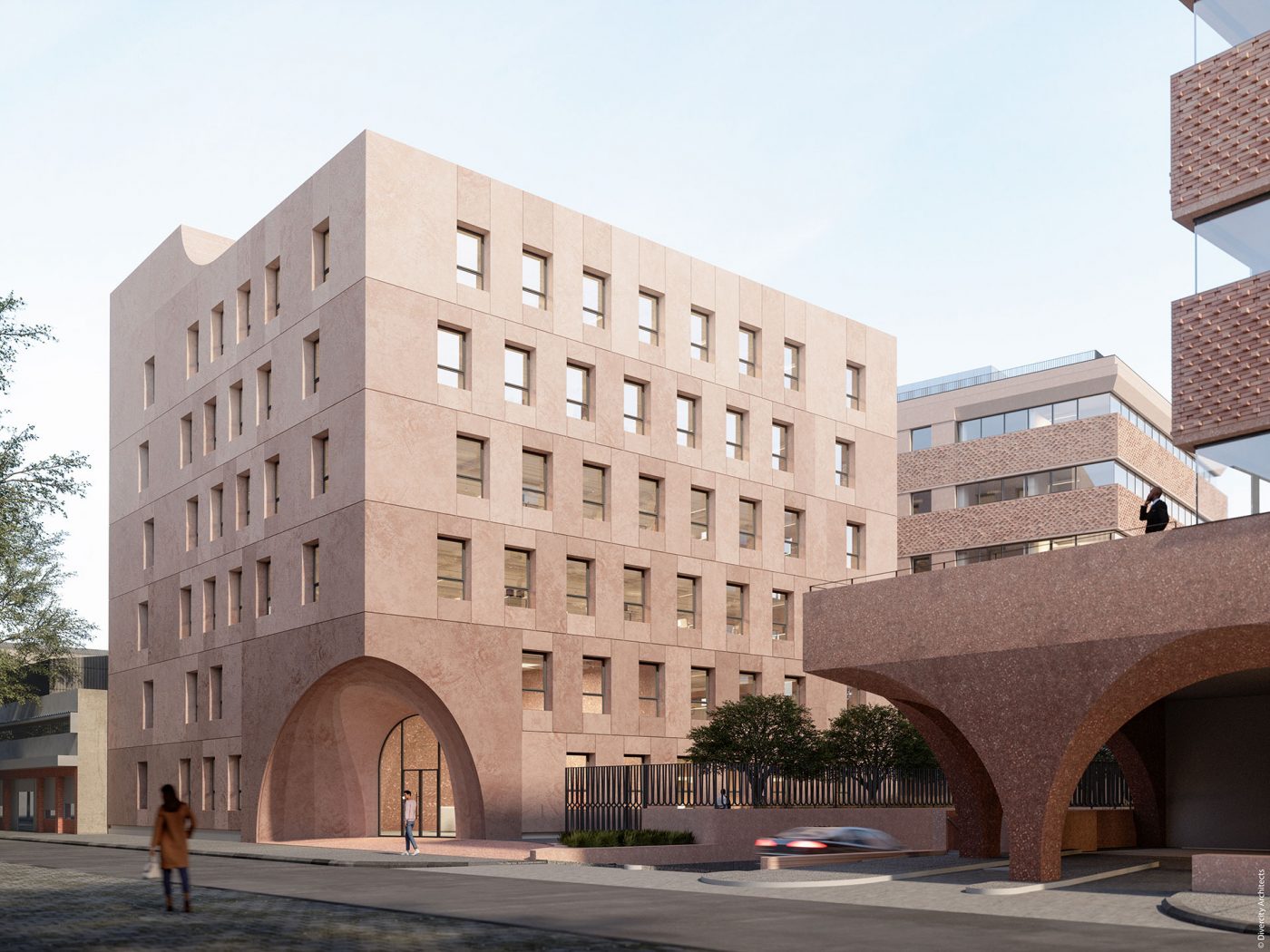 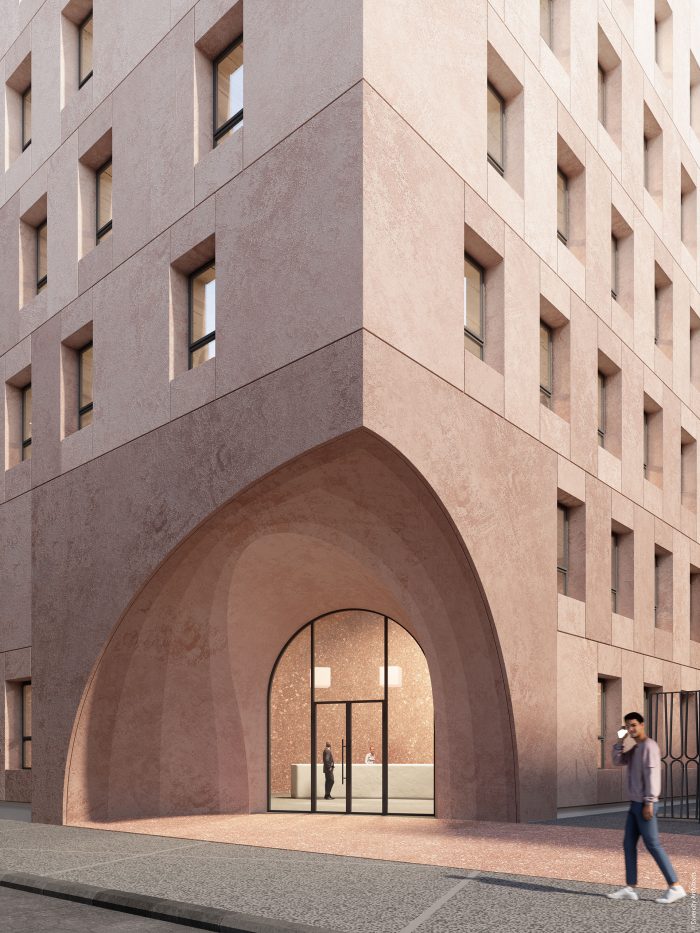 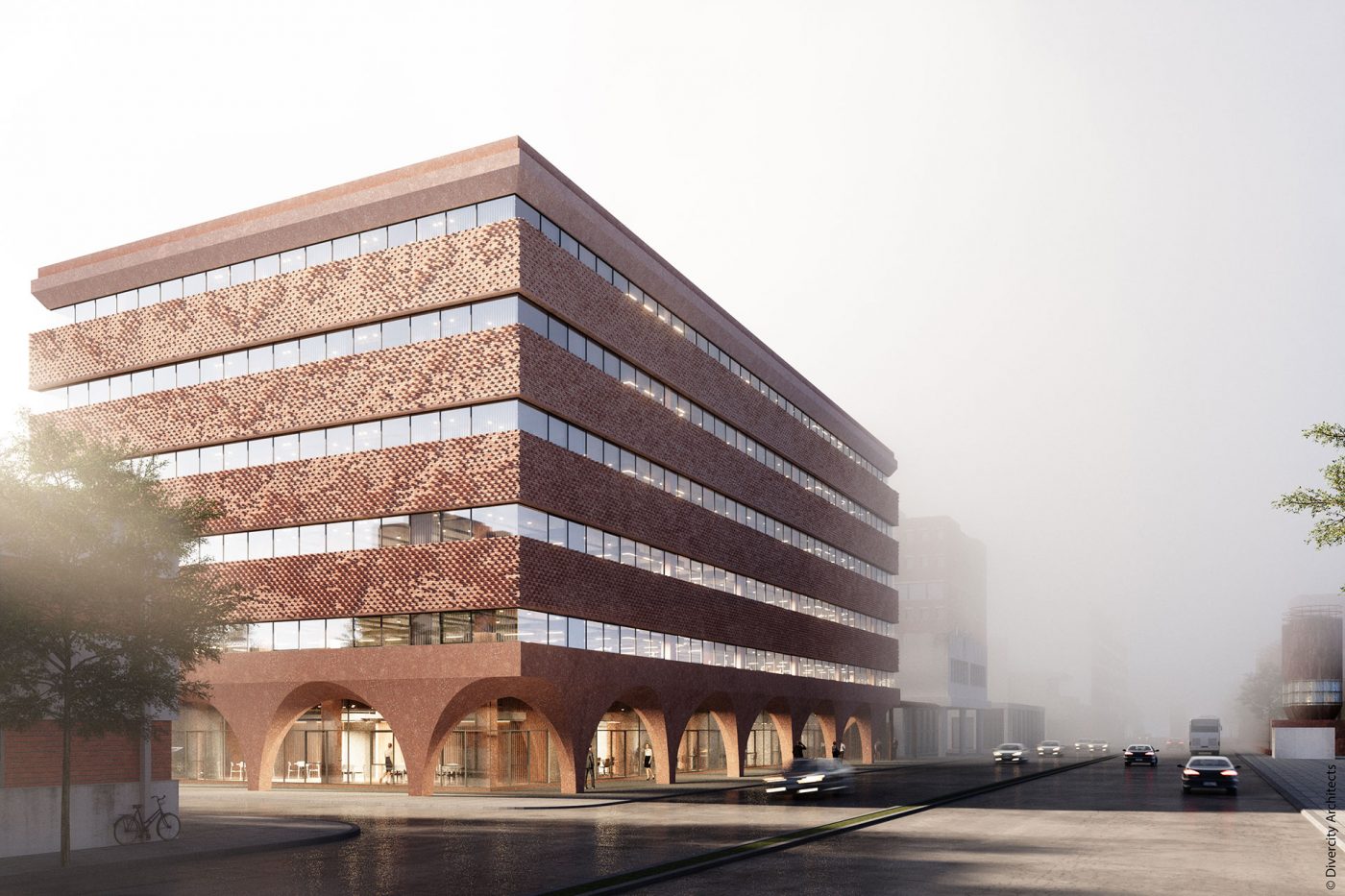 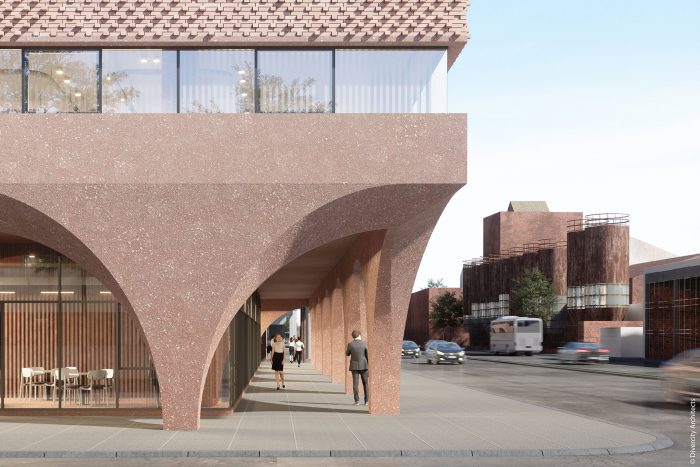